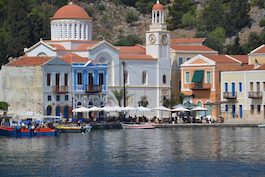 Officially and archaically named Megisti, this small Greek island off the coast of Turkey is more commonly called Kastellorizo, the name which has used since the 12th century. The smallest and easternmost island of the Dodecanese, this dry, rocky island covers an area of approximately only 12km2. Lacking a source of drinking water and harboring poor soil conditions, the island is only able to support small amounts of olives, grapes, and beans. Nevertheless, the now sparsely populated island once boasted a population of approximately 10,000 during the 19th century. Due to emigration to Australia, Egypt, the US, and other Greek islands following the fall of the Ottoman Empire and the subsequent deportation of Anatolian Greeks in the 20th century, the once bustling island is now home to less than 500 residents. However, Kastellorizo is still a land of deeply rooted cultural heritage and rich history. 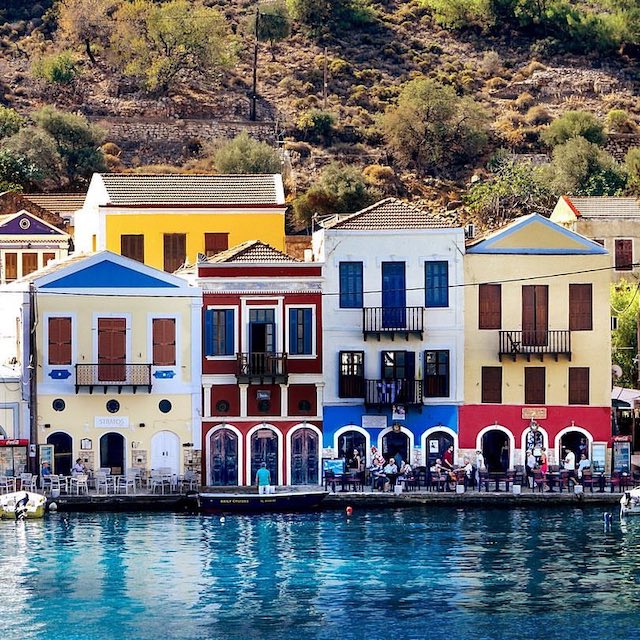 The written history of Kastellorizo begins with its colonization by the Dorians who named it Megiste. During the Hellenistic Period, the island was controlled by Rhodes, comprising part of the Rhodian Peraia. Rhodian rule continued into the Byzantine Period until 1306 when the island was taken over by the Knights Hospitaller and the supposed namesake of the island, the castle, was restored. The island then went through a tumultuous period, falling into the hands of multiple different rulers for the subsequent centuries until being conquered by Ottoman Sultan Suleiman I in 1512. The island remained in the hands of the Ottoman Empire (excluding short bouts of control by Venice and Greek insurgents) until the early 20th century when WWI broke out and the island was very much a topic of argument. In 1921 the island was finally seceded to Italy, with the other small islands in the archipelago eventually assigned to Turkey. The Second World War again brought much chaos to the island beginning with a short British occupation in February 1941. Italy regained control for a short while before capitulating to the Allied Forces. From then until the end of the war, the island remained under their occupation. It wasn’t until the 1947 Paris Peace Treaty that Kastellorizo was assigned to Greece.

Once a stopover on trading routes between western Anatolia and Beirut, today the island is growing in popularity among tourists looking for a quiet place to vacation in the Dodecanese. Traces of the island’s rich ancient history are present west of town. Located beyond the summit of the island lie remains of an acropolis, its interior complete with ancient towers, large cisterns, and a gateway on its eastern side. More recent ruins include the 14th century ‘Castle of the Knights’ and some more modern churches. Additionally home to a few shops, seafood restaurants, and traditional white-washed houses, many also flock to the island to witness its incredible Blue Grotto, calm waters, natural beauty, and to simply bask in peace under the Mediterranean sun.